Star La’Moan and The Kitchenettes 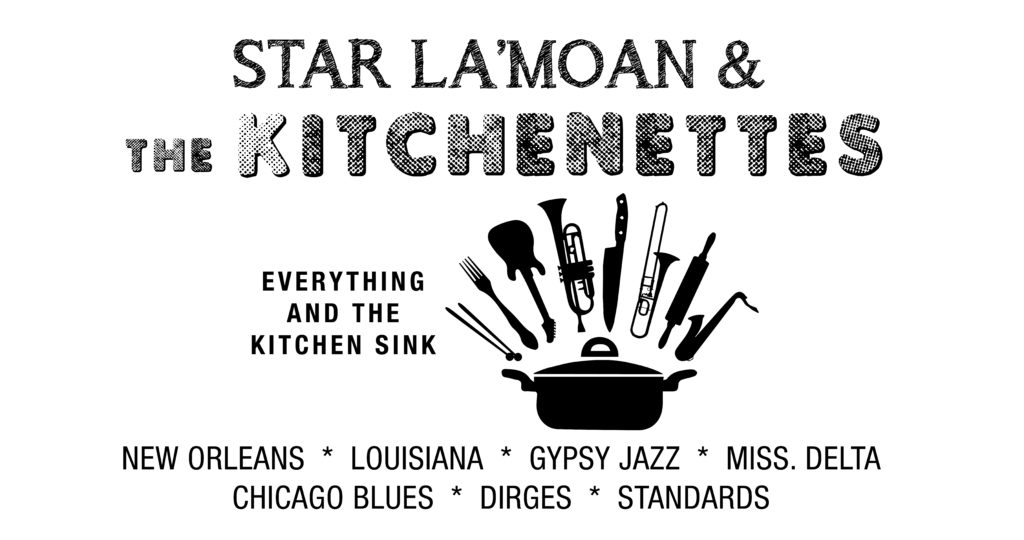 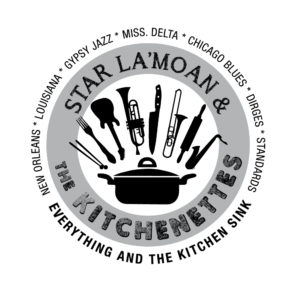 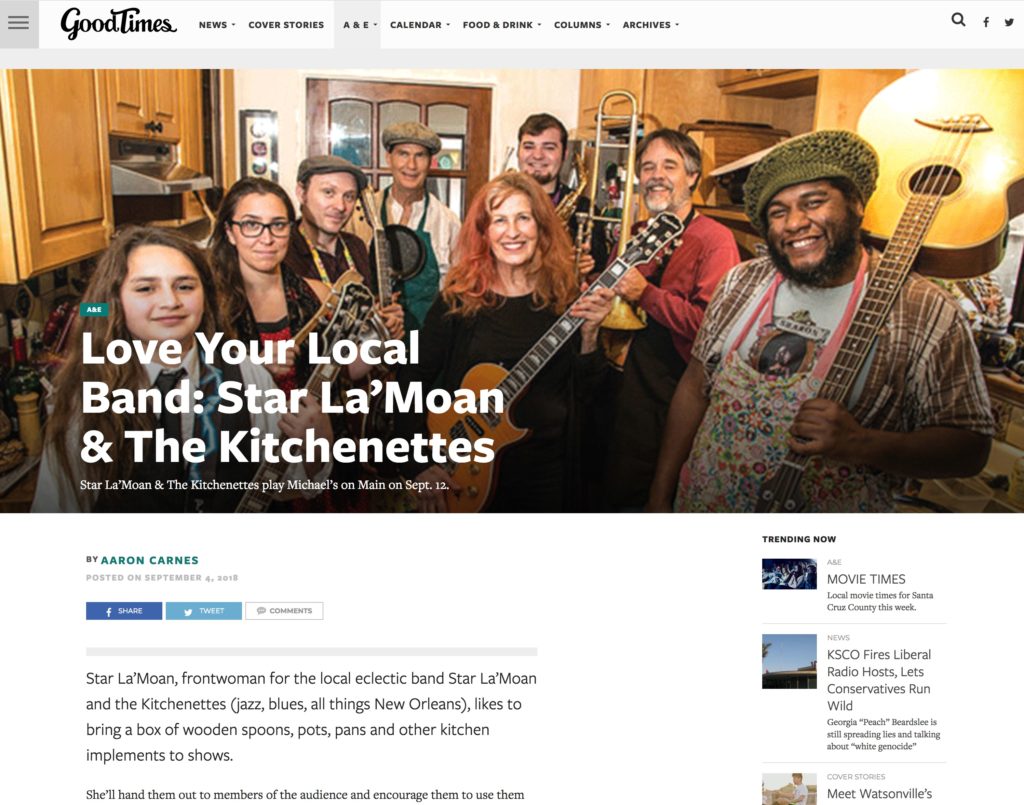 THE COMPLETE KITCHENETTES BAND LINE UP:

Those with an an asterisk are the Original Kitchenettes.

BIO:
Marla Stone Lyons, aka Star La’Moan, has been playing Mississippi Delta blues, R & B, funk and jazz since she was 12 years old. Star La’Moan (a sort of spoonerism of Marla Stone) was created in Palo Alto where she and her 10 piece band shared stages with the likes of Stevie Ray Vaughn and Taj Mahal.

Her latest creation, The Kitchenettes, developed organically in the Kuumbwa Jazz Center’s kitchen where she has volunteered for several years.  This band is eclecticism at its finest! Predominately a New Orleans sound, Star La’Moan and The Kitchenettes also play Mississippi Delta & Chicago Blues, Dirges, Standards, Gypsy Jazz, Swamp Rock, Torch Songs, Marches, R&B and more, hence the tag, ‘Everything AND the kitchen sink.” 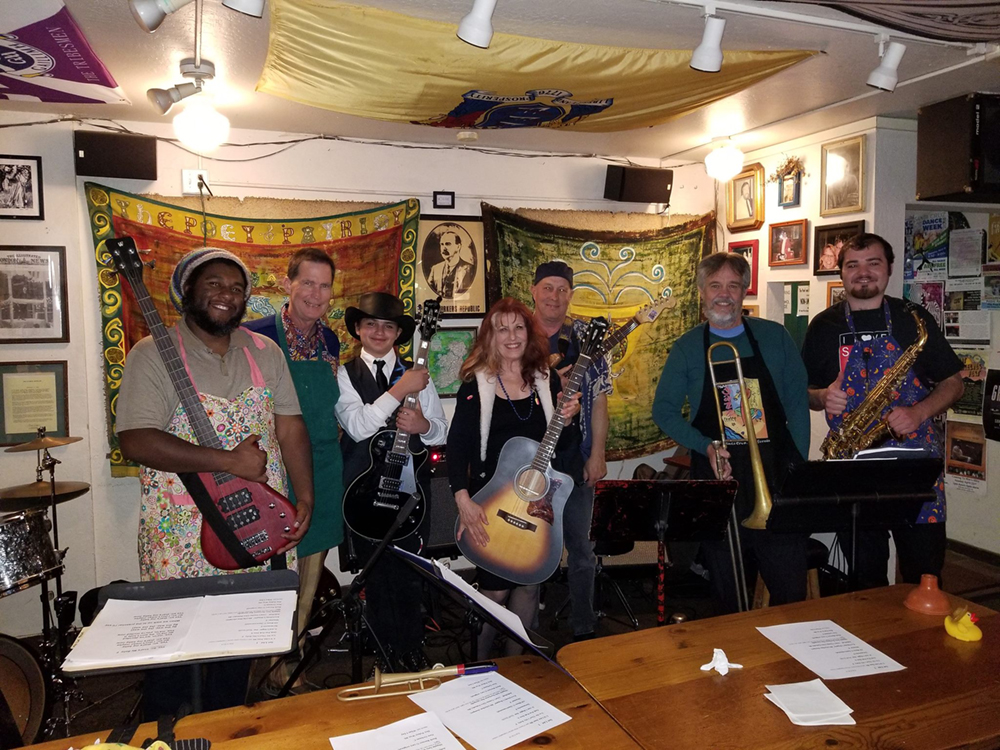 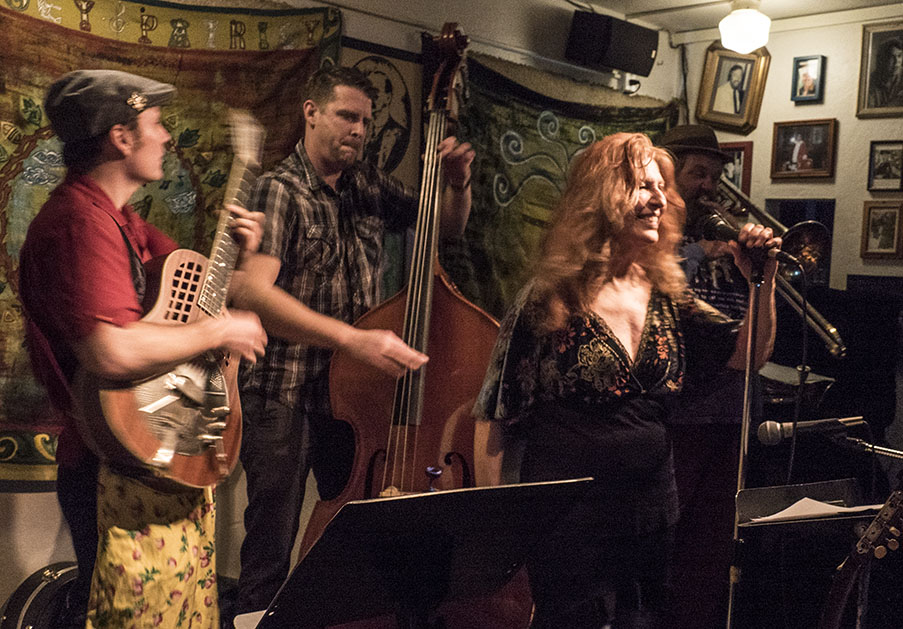 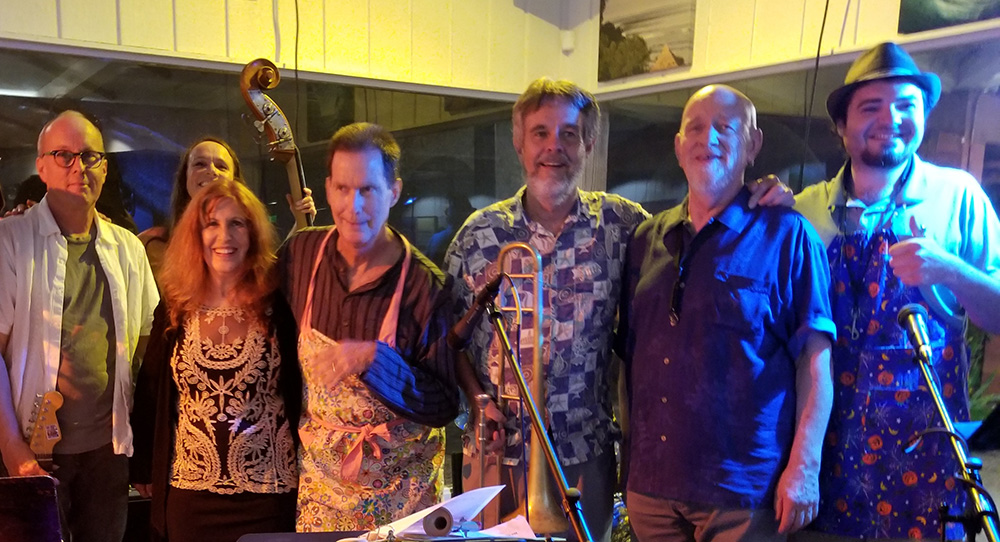 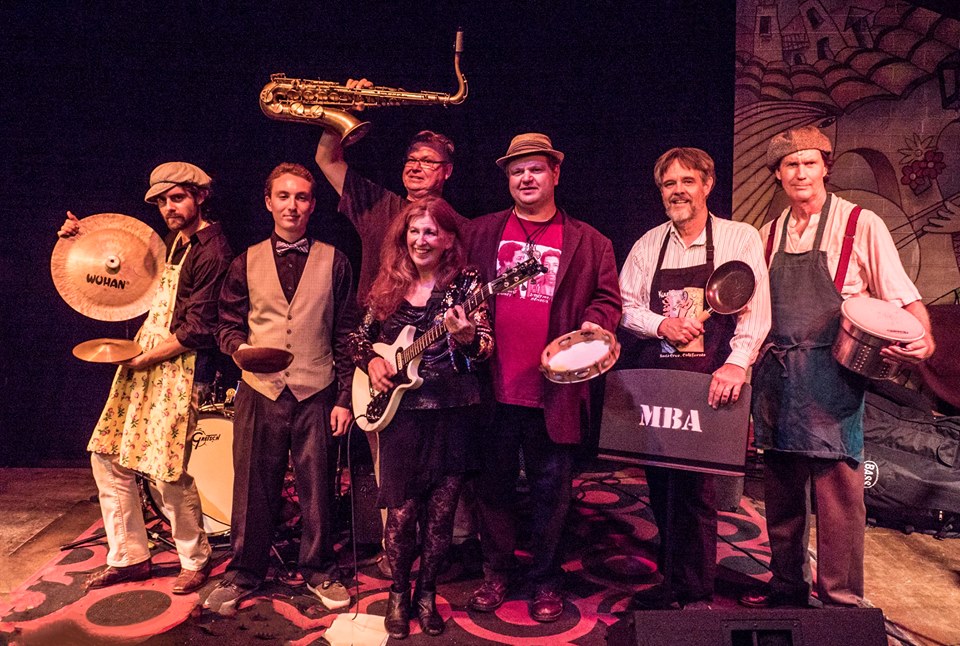 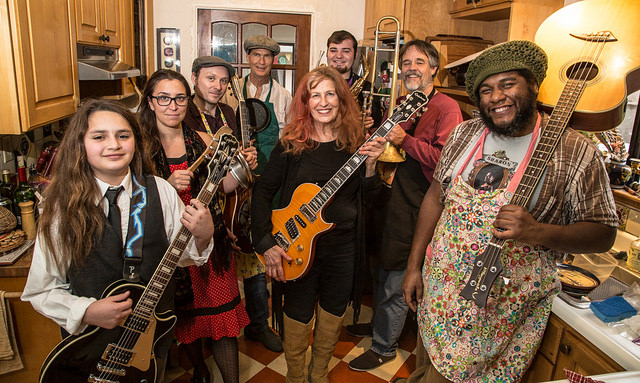 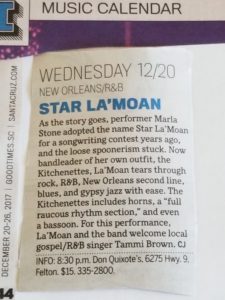